The first annual Snap Partner Summit kicked off on Thursday in Los Angeles, and with it came some new products announcements. Among the new releases, the big standout is an interface change that the company calls the AR Bar.
Two features were annouced, though we already know about through previous updates. First one is music discovery via Shazam. The other is product shopping via Amazon. Now the app will also allow you to point the camera at math equations and have them instantly solved thanks to integration with Snap’s new partner Photomath. The Scan feature will also allow you to point the camera at a wide variety of real-world scenes and objects and have gif pop up suggestions thanks to dynamically generated GIF Lenses from Giphy.com, another new Snap partner. Along with those Scan features, Snap also announced Landmarkers, a new feature in the Lens Studio that allows independent Lens creators to develop AR experiences around specific landmarks. Five Landmarker experiences are debuting at launch, which everyone can experience when visiting Buckingham Palace in London, England, the Eiffel Tower in Paris, France, the Flatiron Building in New York City, the Capitol Building in Washington, D.C., and the Chinese Theater in Los Angeles.
All the Snapchat changes will be available in an update rolling out to users shortly. Overall, these updates will primarily interest existing, hardcore Snapchat users, but when Snap debuts its AR smartglasses (remember that rumor?), these are all the kind of features that could make its AR wearable an instant hit.
Apparently, Snap has big plans for the future, investing their strength in AR. We are sure that augmented reality will become an integral part of people’s lives.

Does Apple continue to work on its AR glasses?

FaceApp is on HYPE again.

Star Wars is taking over the Emmy award!

Final of «Game of Thrones» was filmed in VR

Plunge into the world of «Stranger Things 3» with AR and YouTube!

Spa-salon of the future opens in Los Angeles

VR conquering the world of Disney

The Valve Index customers disappointed by the quality of controllers

We are gone: neural network learned how to remove a person from photos

Business beyond the lines of reality

Your smartphone camera can make you a millionaire

GRAND OPENING OF THE «STUDENT SPRING» INTERNATIONAL FESTIVAL WAS HAPPENED

IPHONE 8 COULD BE YOURS

Rule The World By Eye Movement!

A new way to capture a story!

Neural networks are the future!

Pokemon Will Save the World From Garbage

Spider-Man On Your Wall

Apple Will Change the Future of Online Payments With AR

The World Is On Fire

Create a Whole New Universe With a Wave of Your Hand

The Battle of Birds and Pigs Goes Into Our Dimension

With the NBA AR App

Magic in AR: witchcraft and wizardry are now available for muggles!

Apple is working on its augmented reality headset!

From Rock Painting to the Latest Technology

AR on the edge of scalpel 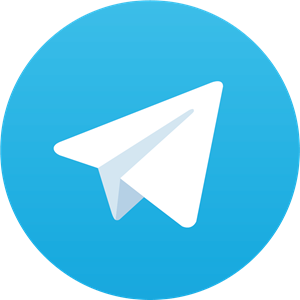